When cement is mixed with water, it hydrates and makes cement paste. This paste can be moulded into any desired shape due to its plasticity. Within this time cement continues with reacting water and slowly cement starts losing its plasticity and set harden. This complete cycle is called Setting time of cement.

The time at which cement starts hardens and completely loses its plasticity is called Initial setting time of cement.

The time available for mixing the cement and placing it in position is an Initial setting time of cement. If delayed further, cement loses its strength.

For Ordinary Portland Cement, The initial Setting Time is 30 minutes.

The time at which cement completely loses its plasticity and became hard is a final setting time of cement.

The time taken by cement to gain its entire strength is a Final setting time of cement. 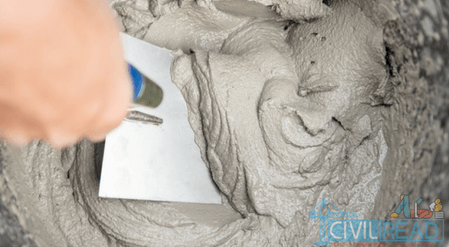 Significance of calculating Initial and final setting time of cement:-

Also Read:-How to calculate Normal or standard consistency of cement

Factors that affect initial and final setting time of cement:-

The fineness of cement, the presence of salts in sand, atmospheric conditions. For example, cement requires a temperature of 27°c to complete Hydration, during winters the climate is low which stops the hydration and takes a longer time to set harden.

Calculation of Initial and Final Setting time of Cement:- 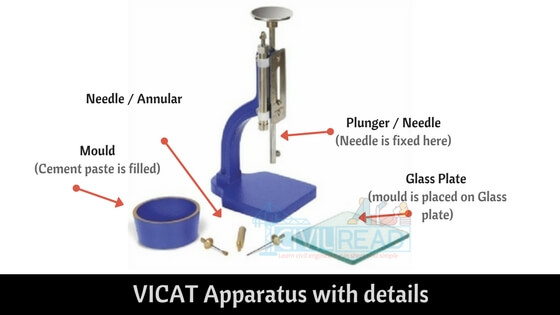 The time period elapsed between the moment water is added to the cement and the time, the needle fails to penetrate the mould of 5mm when measured from the bottom of the mould, is the initial setting time of cement. 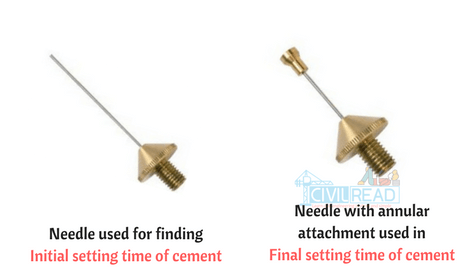 Now replace the needle (plunger) by the one with an annular attachment. The cement is assmed as finally set When, upon applying the needle gently to the surface of the test mould, the needle makes an impression therein, while the attachment fails to do so. The time period between the moment water is added to the cement and the time at which needle makes an impression on the surface of the mould, while the attachment fails to do so, is the final setting time of cement.

How to find quality of sand on site?

Segregation and Bleeding in concrete

For Instant updates Join our Whatsapp Broadcast. Save our Whatsapp contact
+91-9700078271 as Civilread and Send us a message “JOIN”

Never Miss an update Click on “Allow US” and make us allow or Click on Red notification bell at bottom right and allow notifications.
Stay tuned!
Civil Read Wishes you ALL the BEST for your future.