Wall is a structural element which divides the space (room) into two spaces (rooms) and also provides safety and shelter. Generally,  the walls are differentiated as a  two types outer-walls and inner-walls. Outer-walls gives an enclosure to the house for shelter and inner-walls helps to partition the enclosure into the required number of rooms. Inner walls are also called as Partition walls or Interior Walls and Outer walls are also called as Exterior walls.

In the technical point of view the walls are divided into the following types:

As the name itself suggests that, the whole building structure is rested on walls instead of columns. In general, the loads from slab transfers to the beams, from beams to the columns and then spread to the foundation. 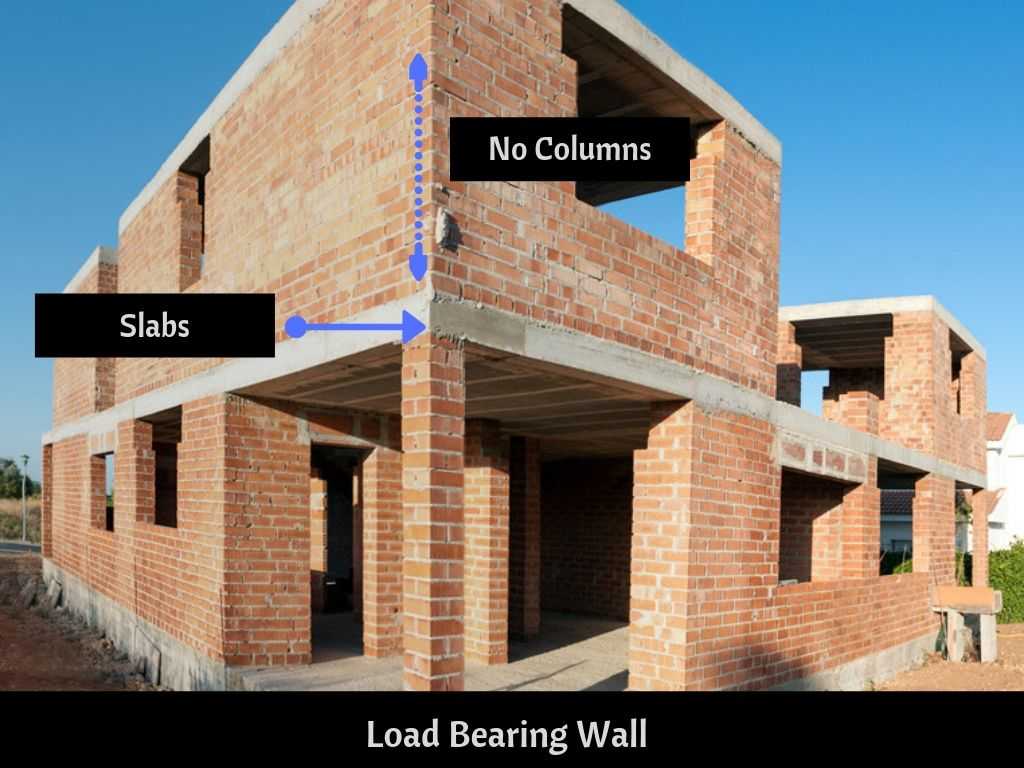 From the above image, you can identify that the structure has beams and slabs but not columns. In simple words, whether its exterior or interior walls,  the wall which is bearing the whole weight of the structure, including self-weight of structural elements is called Load bearing wall.  Strip foundation is adopted for the load-bearing type of wall.

This type of wall doesn’t support floor or roof loads above them which means it wont carry any of the weight of the structure above it. Partition walls inside the building are the best example of it, where these are constructed only to divide the rooms and these walls don’t possess any structural integrity. The non-load bearing wall can be removed or shortened without affecting the building structure. 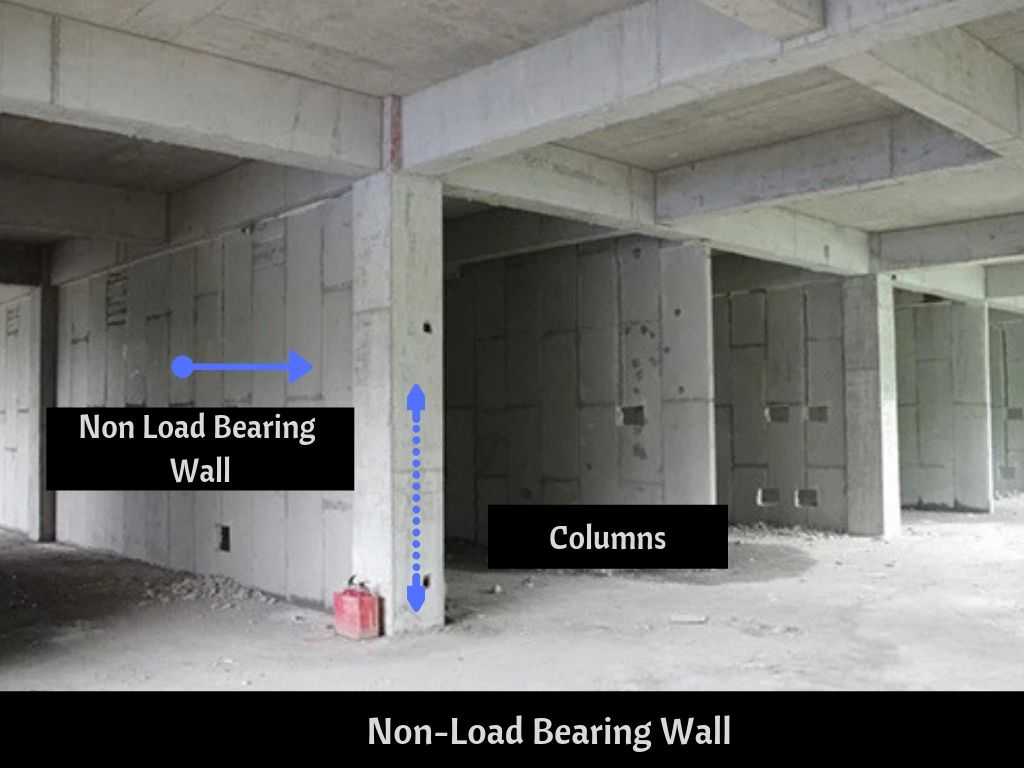 The thickness of Non Load bearing wall generally lies in between 100mm to 125mm.

Shear wall is the wall which is constructed around the lift pit, Water sump or Staircase to retain the soil. Any shear wall bears two pressures on it either it may be wind pressure and soil pressure or wind pressure or water pressure . Shear wall is adopted to resist these forces. These walls are used to carry the lateral force exerted on the structure due to wind, earthquake or any other lateral load.

To make it clear, Let us take an example of the overhead water tank. Overhead tank is exposed to the wind as it is constructed on heights which share Wind pressure on it. The water tank has water in it which creates water pressure inside the tank. Shear wall resists these forces without any deflection. We will explain more about shear wall soon in a separate post. 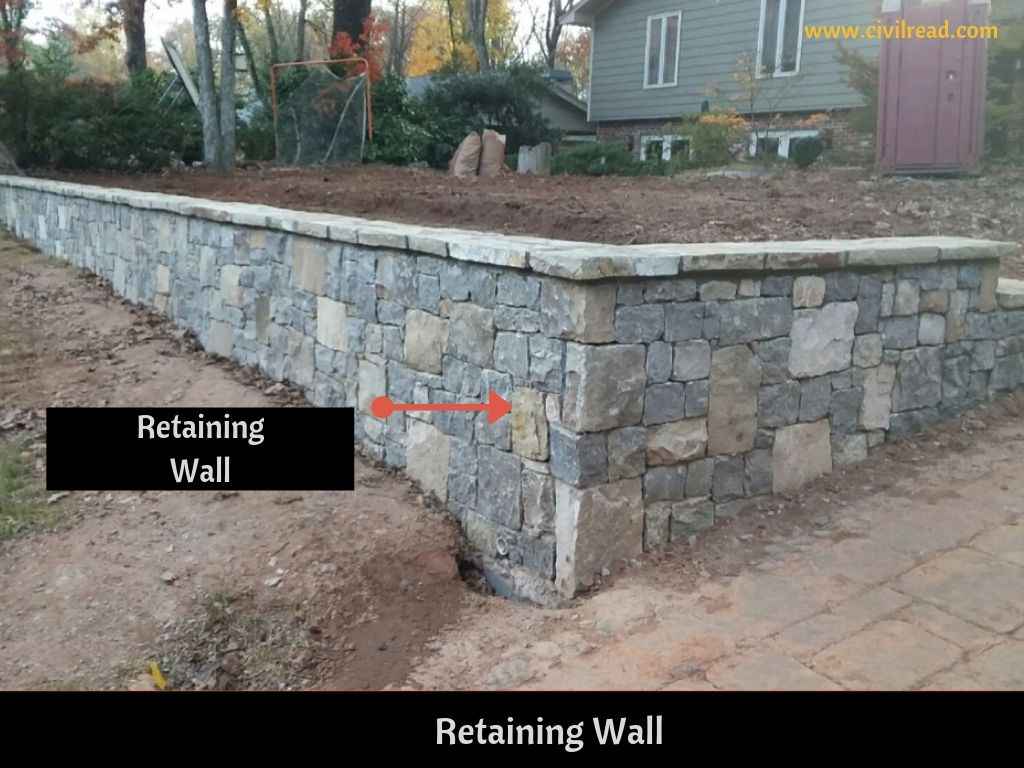 Retaining walls are further divided into the following types:

The wall which is constructed with the help of bricks is called Brick masonry wall. Masonry is used to join the bricks in the wall. The thickness of the brick wall could be 20cm or 10cm

Remember, the length of the brick wall in a single stretch should not exceed more than 4m. If it exceeds, a column must be constructed with RCC.

You can also read more about how to do brickwork calculation for a a building here.

The wall which is constructed with regular size of stones which are well finished & dressed is called Course Rubble Stone masonry wall. This type of wall is generally adopted for abutments of bridges, compound walls or boundary walls.

The wall which is constructed with the irregular size of stones is called Random rubble masonry wall. This type of wall consumes more masonry than Course rubble stone wall. 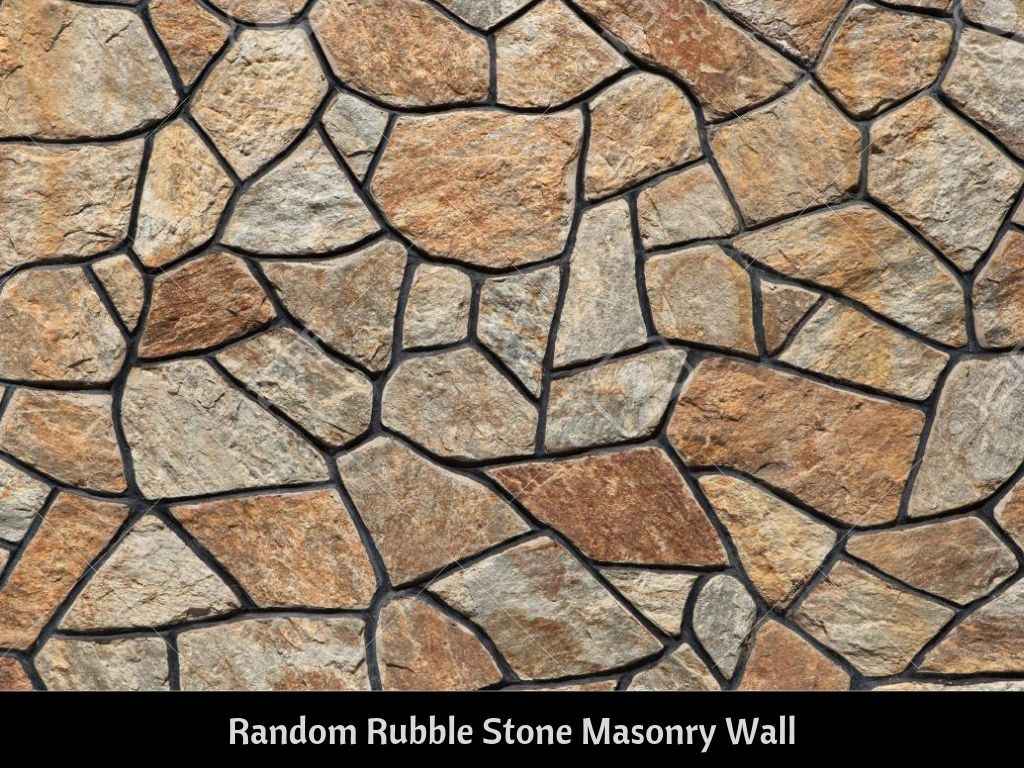 Core wall is constructed from the foundation and it raised upto the height of the building. In this type of wall, the wall itself acts as a column.  Core wall is built to carry the lateral force exerted on the structure due to wind, earthquake or any other lateral load. 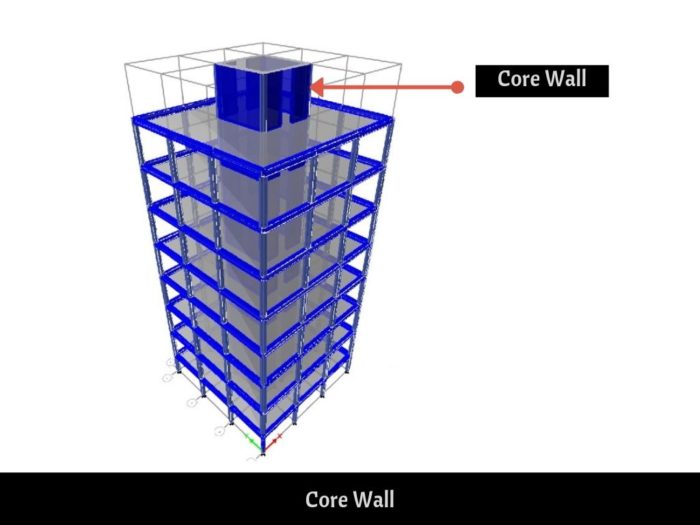 Core walls are a combination of shear walls. They are organized and arranged like a core and installed at the geometric centre of the building to void the torsion effect.

As the name itself proving that it is a ready-made wall where the wall is cast in the factory and bought to site to install it. Yes, the precast wall is possible in the current world. Many companies brought this to market. You need to specify the length and height of the wall. The wall is cast and transported to the site. This type of wall is preferred where there is limited to space to work and where there is less chance of labour. The best part of Precast walls is companies themselves provide skilled labour to install the walls at your site. 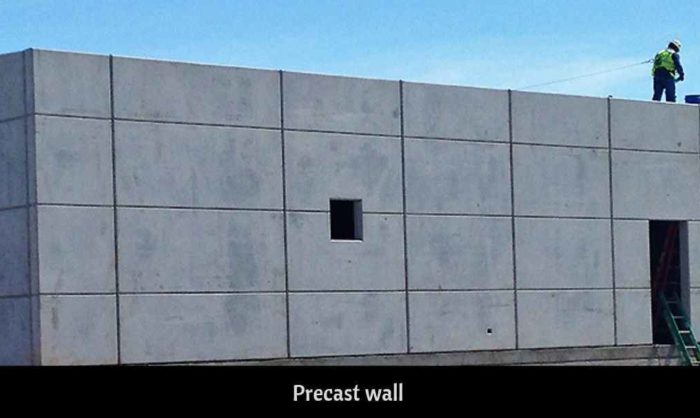 The wall which is constructed on the top floor of the building to prevent the falling in anything from the roof. The height of the parapet wall is 3ft.

The wall which is constructed with glass, aluminium or with a steel frame is called a Curtain wall. This type of walls is generally adopted in offices, Hospitals and other public buildings. 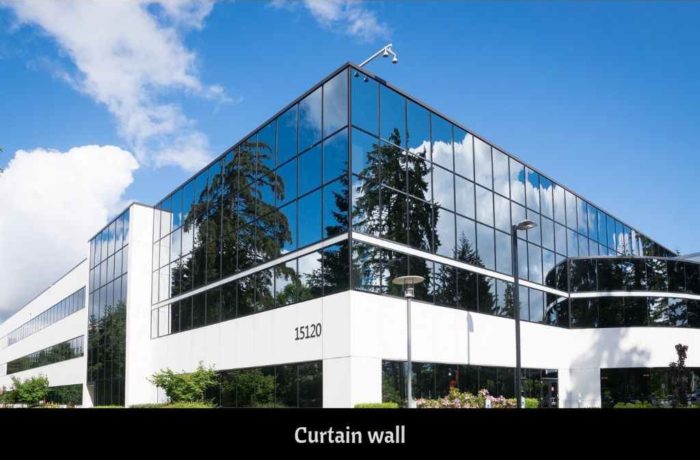 The wall which is constructed all around the building to show the limits of the plot is called a boundary wall. 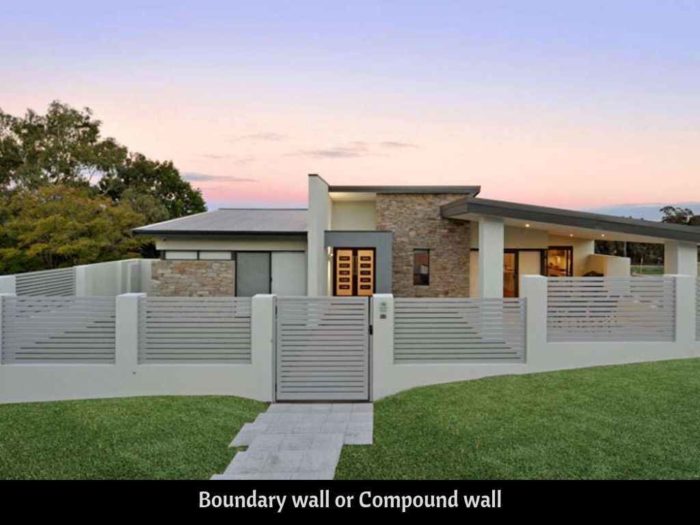 Different types of levels in the building

For Instant updates, Join our Whatsapp Broadcast. Save our Whatsapp contact +9700078271 as Civilread and Send us a message “JOIN”

Never Miss an update Click on “Allow US” and make us allow or Click on Red notification bell at bottom right and allow notifications. Stay tuned! More are updated Soon!
Civil Read Wishes you ALL the BEST for your future.