Home
STRUCTURE
Different types of Loads on a structure

Different types of loads can cause stress, displacement, deformation on a structure; which results in structural problems and even structural failure. Determining the total load acting on a structure is very important and complex.

The structure should be designed in a way that it should be enough strong to bear any type of load at any time that they are likely to face during their lifecycle.

The different types of loads acting on a structure are broadly classified into following two types
1. Vertical loads and
2. Horizontal loads 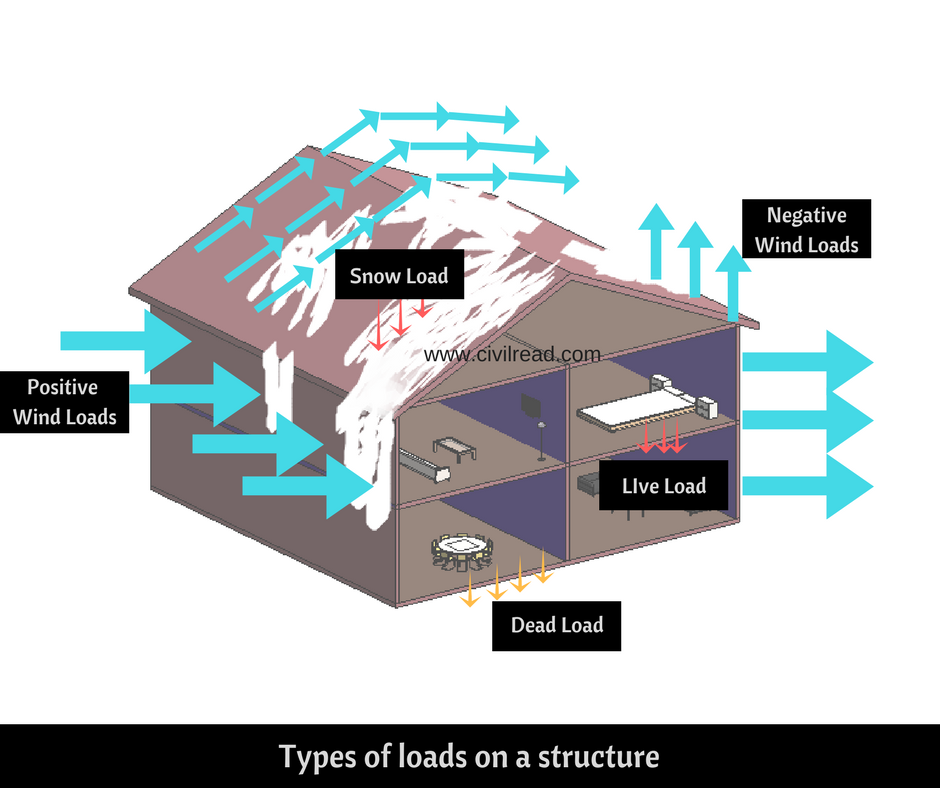 These loads are permanent loads which are carried to the structure throughout their lifespan. Dead loads are also called as stationary loads. These loads occur mainly due to the self-weight of the structural members, fittings, fixed partitions, fixed equipment, etc. 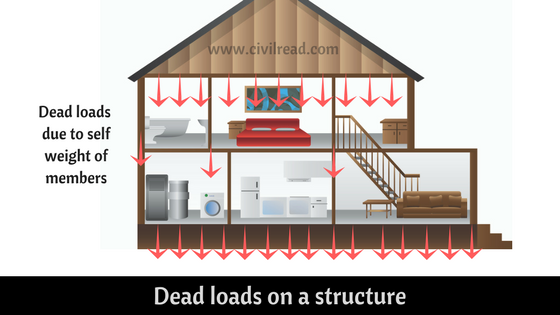 Calculation or Determination of dead loads on  a structure:

Dead loads are calculated by estimating the quantity of each material and then multiplying it with the unit weight of that specific material.

The unit weights of different materials are tabulated below:

For suppose The column is made of Reinforced cement concrete and having a length, breadth and depth as shown in figure 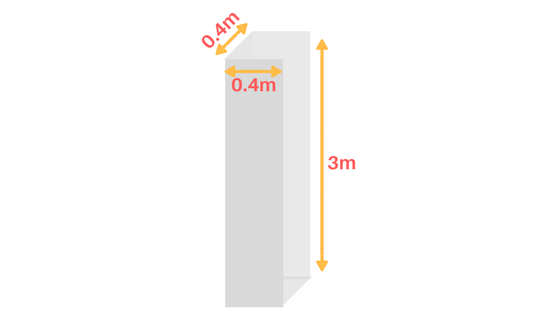 As the name itself resembling that these type of loads are real-time loads. Live loads are also called as imposed or sudden loads. Live loads changes with respect to time. This type of loading may come and go. For example, At one moment the room may be empty hence the live load is zero. If the same room is packed with the people, then the live load intensity will vary considerably. The live load includes the weight of furniture, people occupying the floor, etc. 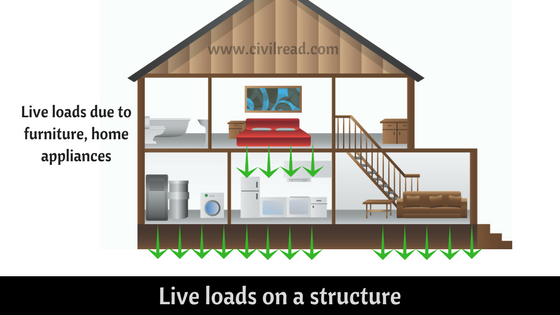 Calculation or Determination of dead loads on  a structure:

Live loads are considered and added to the total load acting on a member at the time of designing of the building. Some of the common live load values used in the design of buildings are tabulated below:

As the dead load is individually calculated to each and every member of the building whereas for live load it is calculated on the basis of expected sudden loads on the building in future. Suppose the structure is made for cinema halls there might be an overcrowd during releases, to meet this sudden load and to keep structure safe, the live load of 5.0KN/m2 is adopted as mentioned in above table.

This type of loads is considered only on the structure which receives snowfall during monsoon. Snow loads are calculated by the projections made by snow at different parts of the structure, The amount of snow load depends on the height of building, size & shape of the roof, the location of building whether it’s on the slope or not, the frequency of snow etc. The more details about snow loads are clearly mentioned IS 875 (part 4) – 1987. 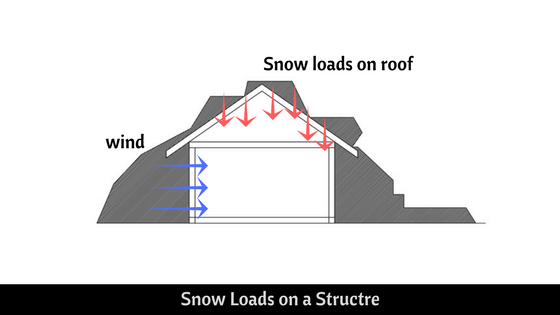 Calculation or Determination of Snow loads on  a structure:

This types of loads are considered in design if the height of the building is more than 15m. Wind loads are occurred due to the horizontal load caused by the wind. As an increase in using lighter materials in the construction, wind load for a building should be considered. The structure should be strong enough with the heavy dead weights and anchored to the ground to resist this wind load. If not, the building may blow away. Wind load acts horizontally towards roofs, walls and create 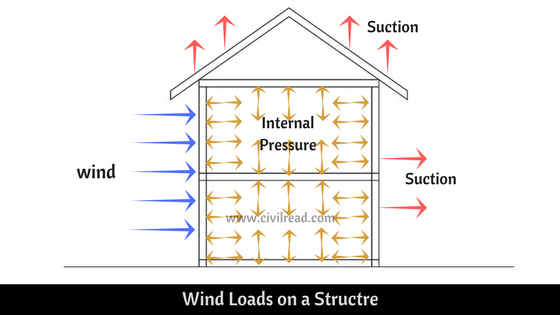 Calculation or Determination of wind loads on  a structure:

In order to calculate the Vz the following expression is used

These type of loads causes movement of the foundation of structures. Earthquake forces are internal forces that developed on the structure because of ground movements. 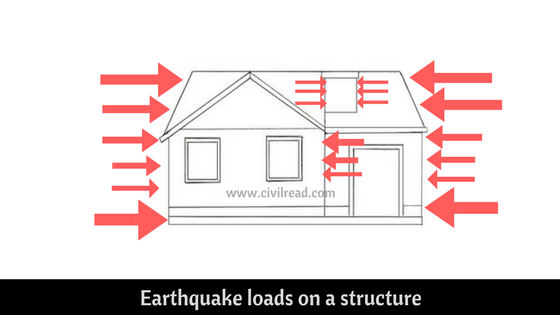 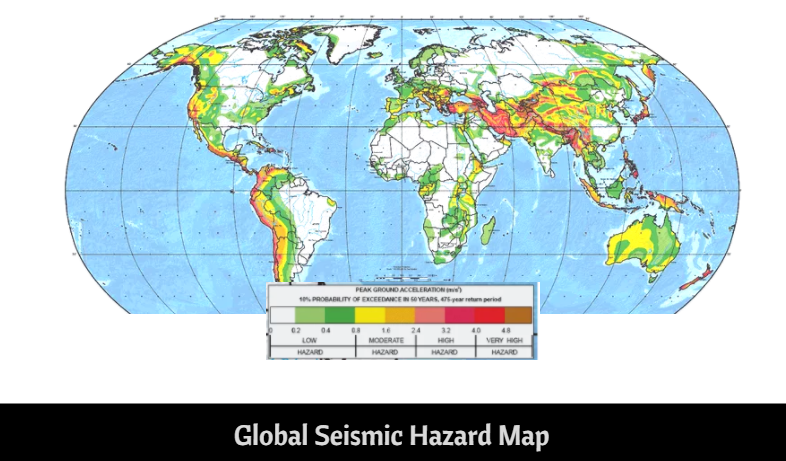 Consider an example of Japan which is prone to frequent earthquakes. Japan lies in a severe earthquake zone in the world. At this place, earthquake forces are strictly taken into consideration while designing a structure.

In order to compute the seismic forces acting on a structure is deduced by computing one of the below-mentioned methods.
1. Response spectrum method
2. Seismic coefficient method.


Some other types of loads:

Some other types of forces or loads that act on the structure which are taken into account in case they are liable to affect materially the safety or serviceability of structure:

Never Miss an update Click on “Allow US” and make us allow or Click on Red notification bell at bottom right and allow notifications.
Civil Read Wishes you ALL the BEST for your future..

Tags: Estimation, how to find