Concrete is a mixture of Cement, fine and coarse aggregates. A good concrete is one which all the constituents are properly categorized to form a homogeneous mixture. The primary cause of Segregation in concrete is the differences in specific gravities of the constituents, Specific gravity of Cement is in between 3.1-3.6g/cc, and for aggregate it lies between 2.6-2.7g/cc due to this differences, the aggregate separates from the matrix and causes segregation in concrete. 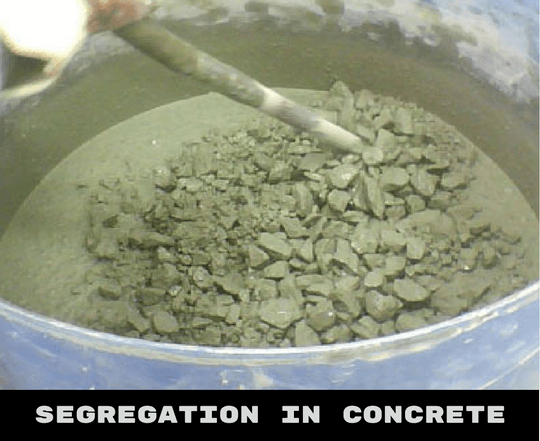 Some other factors causing segregation in concrete:-

How to minimize segregation in concrete:-

Bleeding is a form of segregation in which water present in the concrete mix is pushed upwards due to the settlement of cement and aggregate. The specific gravity of water is low, due to this water tends to move upwards. Bleeding ordinarily occurs in the wet mix of concrete.

The Prime factor for bleeding in concrete is the high dosage of Water cement ratio. Higher water-cement ratio weakens concrete and leads to excessive bleeding.

The bleeding in concrete is not harmful if the rate of evaporation of water is equal to the rate of bleeding. Normal bleeding is quite good, and it enhances the workability of concrete.
When the concrete is fully plastic, bleeding may not cause much harm. However, concrete is still in the plastic stage later it is subsidized and compacted. 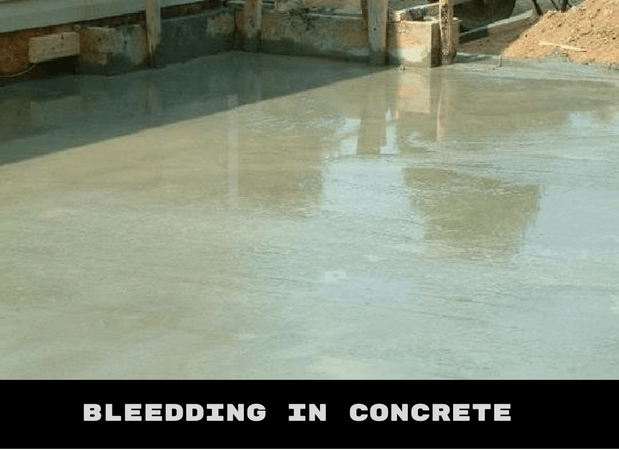 How the bleeding in concrete is controlled:-