As we already discussed the Slump test & Compaction factor test of concrete you can refer here.

The test has been determined and invented by Kelly and hence known as Kelly Ball Test or concrete ball test.

The Kelly ball test was earlier standardized as ASTM C360-92: “Standard Test Method for Ball Penetration in Freshly Mixed Hydraulic Cement Concrete.” The ASTM standard was suspended in 1999 due to lack of use. The test has never been used widely outside the United States (Bartos 1992). Indian Standards have not covered this test.

Kelly ball test apparatus consists of a cylinder with one end having a hemispherical shape of 15cm weighing 13.6kg, and the other end is attached to a graduated scale and handle. The whole arrangement is secured on a fixed stand.

The results have been specified by measuring the penetration made by the hemisphere when freely placed on fresh concrete. The impression is measured by a graduated scale immediately. 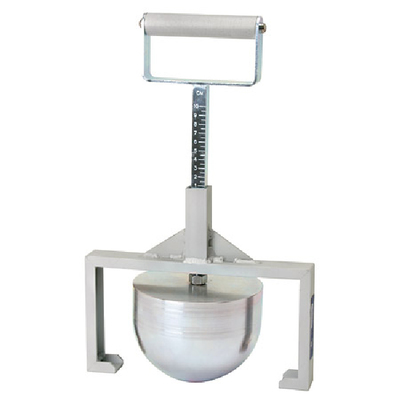 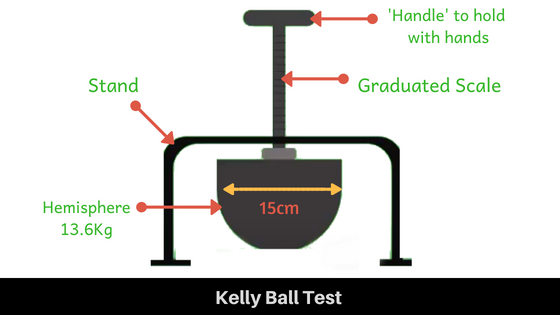 You can also refer the below video for quick understanding Purpose:

For Instant updates & to discuss Join our Telegram Group ClickHere

Never Miss an update Click on “AllowUS” and make us allow or Click on Red notification bell at bottom right and allow notifications.
Stay tuned!
Civil Read Wishes you ALL the BEST for your future.